Who is he...
Joe has been teaching PE since 2007 at Island Pacific Academy in Hawai'i and has been coaching since 1988 starting in the youth level at SOMA Recreation Center in San Francisco, California. His coaching affiliation with schools started when he volunteered in 1989 at Potrero Middle School, which most of his players from the recreation center attended. The Head Coach shared with him that it had been 20 years since someone came and volunteered with the basketball team.

In 1996 he volunteered as an assistant coach with a high school varsity team which led him to be hired as a JV Boys Head coaching position the following year. He continued to coach until 2000 before I moved to Hawai'i.  In 2008 was his first year as a Varsity Head Coach with IPA and captured his first Interscholastic Hawai'i League Championship in 2010 and they qualified for the Hawai'i State Boys Basketball Tournament placing 4th overall in Division 2.

Teaching the MYP PHE has challenged him to become a better teacher personally as well as for his students and the results in their assessments has been outstanding.

Basketball in the MYP
Joe will be running a practical course on basketball skills and how these can be incorporated in the MYP. 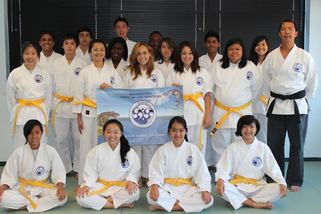